We are here to help serve. 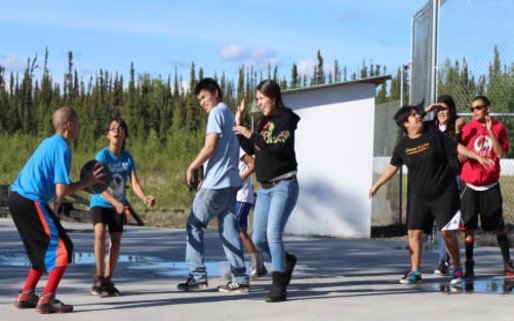 The Resource Basket’s Training and Technical Assistance can help you through:

Our webinars feature Alaska-based presenters sharing their expertise and best-practices for working with and supporting Alaska’s youth in strength-based ways. Trainings are presented for adults working or volunteering with youth, except where noted.

Due to COVID, all trainings are done in virtual mode

If you’d like to request a recording of the session, please email Operation Lady Justice.

The Enhancement Training focuses upon tribal issues, including jurisdictional and legal issues unique to Indian country; the incorporation of custom and tradition into the phases, case management, treatment curriculums, and tangential services; and the peer-to-peer sharing of successful Healing to Wellness Courts models in operations. Training topics will cover the adult criminal, juvenile
delinquency, family dependency, DWI/DUI, and veterans models.

Due to COVID, all trainings are done in virtual mode

The virtual conference will span three days with morning plenaries and afternoon concurrent breakout sessions. Each session is one hour, and attendees are only asked to commit to four hours per day. Session topics will focus on three main training tracks: Lessons from COVID-19, Resources for Court Clerks and Legal and Judicial Skills. Attendees will also have opportunities to network with colleagues and make new connections during evening social events, including a silent auction. We are also in the process of applying for Continuing Legal Education (CLE) credits.
More Details
Register

The Mission of the Office on Violence Against Women (OVW), a component of the United States Department of Justice, is to provide federal leadership in developing the national capacity to reduce violence against women and administer justice for and strengthen services to victims of domestic violence, dating violence, sexual assault, and stalking.

We are honored to invite your participation in the 15th annual Government-to-Government Violence Against Women Tribal Consultation, through four afternoon sessions conducted online via a virtual platform. OVW’s purpose is to solicit recommendations from tribal leaders on the following three topics:

The 2020 Alaska School Health and Wellness Institute (SHWI) will also have a different look this year. Instead of a face to face meeting in October, we will be working to include the many important topics usually covered by the SHWI into the many on-line training opportunities related to the COVID-19 response happening throughout the fall. We will reassess in January whether a face to face conference in the spring is possible and update the website at that time.

Read more about the series on Transforming Schools – Trauma Engaged Schools Toolkit below.

Falmouth Institute is best known for its comprehensive training services.  There are great opportunities to take part in their virtual sessions related to tribal courts and administrative grant managements.
Full Training Calendar

Hear from successful people who have benefited from attending trainings provided by RurAL CAP.